I won’t deny how excited I was to arrive at BBC 2 Radio Studios, Great Portland Street to meet Sir Terry Wogan On February 3rd to celebrate the 50th anniversary of Eva Cassidy. I don’t often get star struck, but meeting Terry Wogan was a really special experience for me. I guess its because I’ve grown up listening to his ‘voice’ and of course I first heard Eva sing on his programme so it was surreal to meet the person behind the voice…and Terry was every bit as warm and friendly as he sounds on the wire.

Remi Harris and I tuned up by Elton Johns piano and before we knew it the red light was on and we were live on air. We played our guitars opposite Terry in his studio and I sang ‘Songbird’ as a tribute to Eva. It was great seeing the faces of my friend Zeena and her children through the glass window who were sat in with the production team. We had a lovely chat with Terry on air which went very quickly even though we were on for 15 minutes.. and he made time to talk with us and have pics after the interview. It was great fun.

On our way back to Worcester we got held up in a traffic queue on the A40 and two young lads came to wash the car windows, which made us laugh as Terry had embarrassingly opened the interview talking about my car washing days in Wales to buy my first guitar. We gave the car washers some money and in return they drew a heart on the window with the soap suds. Perfect summary of a special morning. ♥ 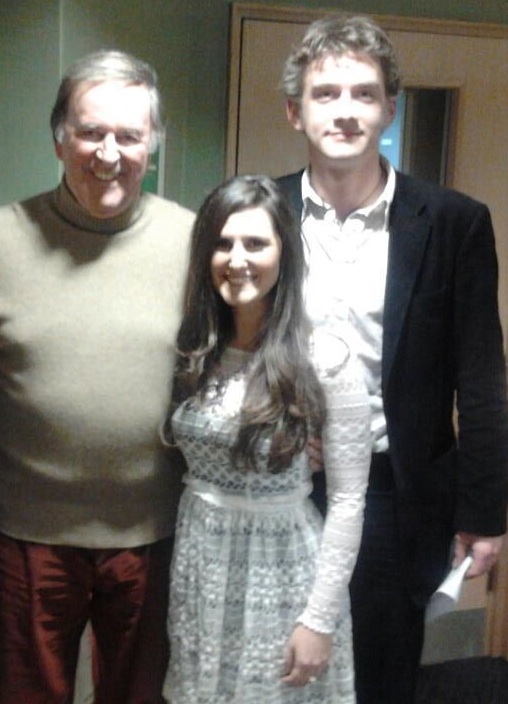 February was definitely a month of magical encounters ..a few days later I had a chance meeting with one of my songwriting heroines Mary Chapin Carpenter from America. I was due to see her at Celtic Connections in Glasgow, but I cancelled my flight to go on the Terry Wogan show. At a meeting with some former work colleagues at the Symphony Hall I mentioned Mary Chapin and they told me that she was performing there that very evening, there was one ticket left and did I want to go! It was the transatlantic sessions I had missed in Scotland, that very same concert.

I was so happy to be there I smiled, danced and sang all the way through. In the interval a man from North Carolina approached me and said “hey you look like you’re having a great time”.. it turned out he was the artist co-ordinator and he invited me backstage to meet Mary Chapin at the end of the concert. I couldn’t believe it. Meeting Mary Chapin was such a privilege. Her latest album ‘Ashes and Roses” is about love, loss and bereavement, and has such honesty and depth. My sister bought me this album for my birthday and it has been one of the most powerful albums I’ve heard. It’s constantly on repeat. I thanked Mary Chapin for this, and she was genuinely moved, expressing how much it meant to her that her music can reach other people’s hearts and how the songs she writes are expressions of everyone and experiences we share universally.  She gave the warmest hug and said “we’ll meet again, this is a cosmic connection”.. I dearly hope so.. it was indeed a very blessed cosmic ‘celtic’ connection! 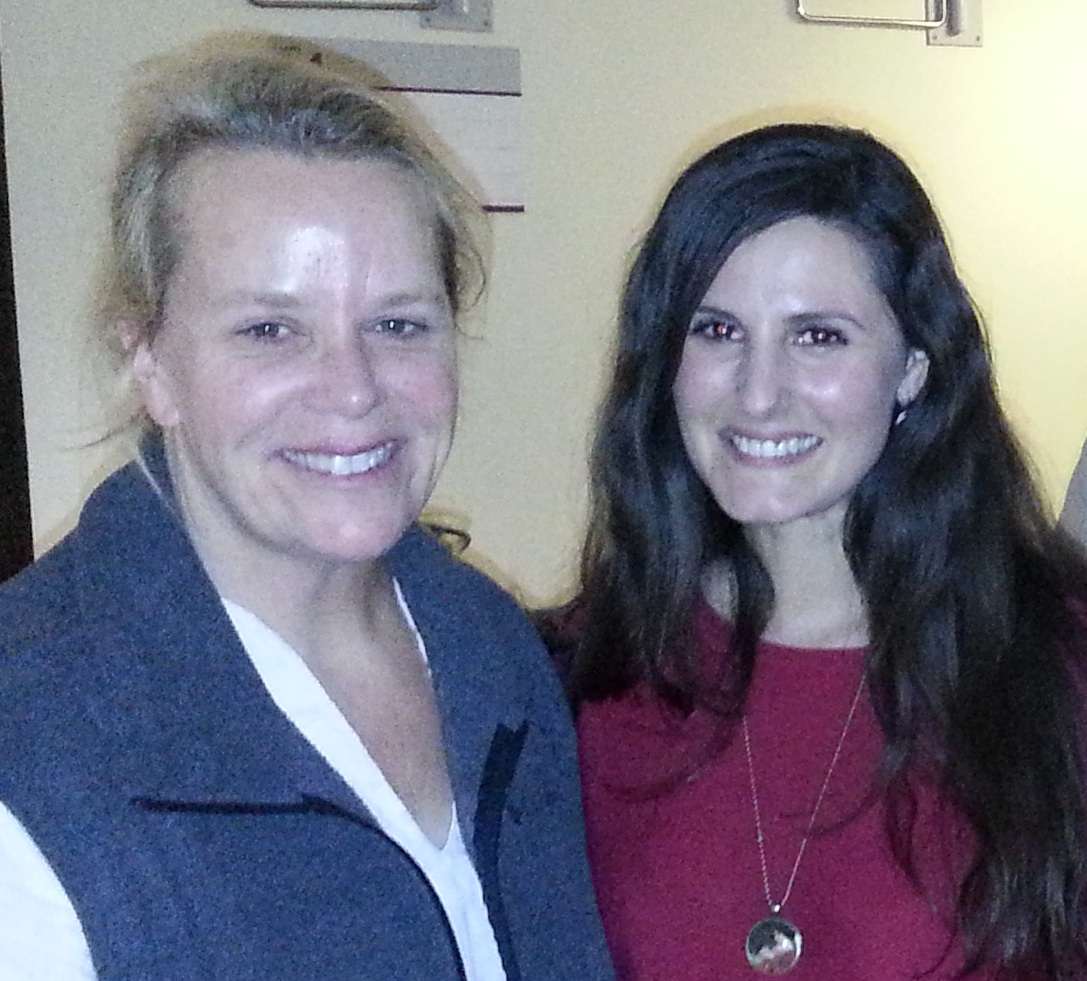 February ended with some wonderful romantic gigs for Valentines Day.. including performing with the backdrop of one of my favourite Rossetti paintings ‘Proserpine’ at Birmingham Museum and Art Gallery. Also it was amazing to have so many special people at my concert at the Tarc Gallery in the teme valley and to be playing new music from the album with Martin Riley and Catherine Harper.

Thanks to everyone for all the love and support this month. Thanks to BBC 2, BBC Hereford and Worcester, BBC West Midlands and BBC World Service my music has now reached Hong Kong, New Zealand, Australia, Netherlands, Russia, France, Spain, USA, and Canada. My website had more than 100,000 hits and I’ve received some beautiful emails from Eva Cassidy fans all over the world remembering her music and paying their tributes. A nine year old girl from Cheyenne asked for the score of  ‘Springtime’ so she could perform it in her church choir.

Ever grateful for the unifying power of music. x

Concert Review at The Tarc Gallery by Ian Mann 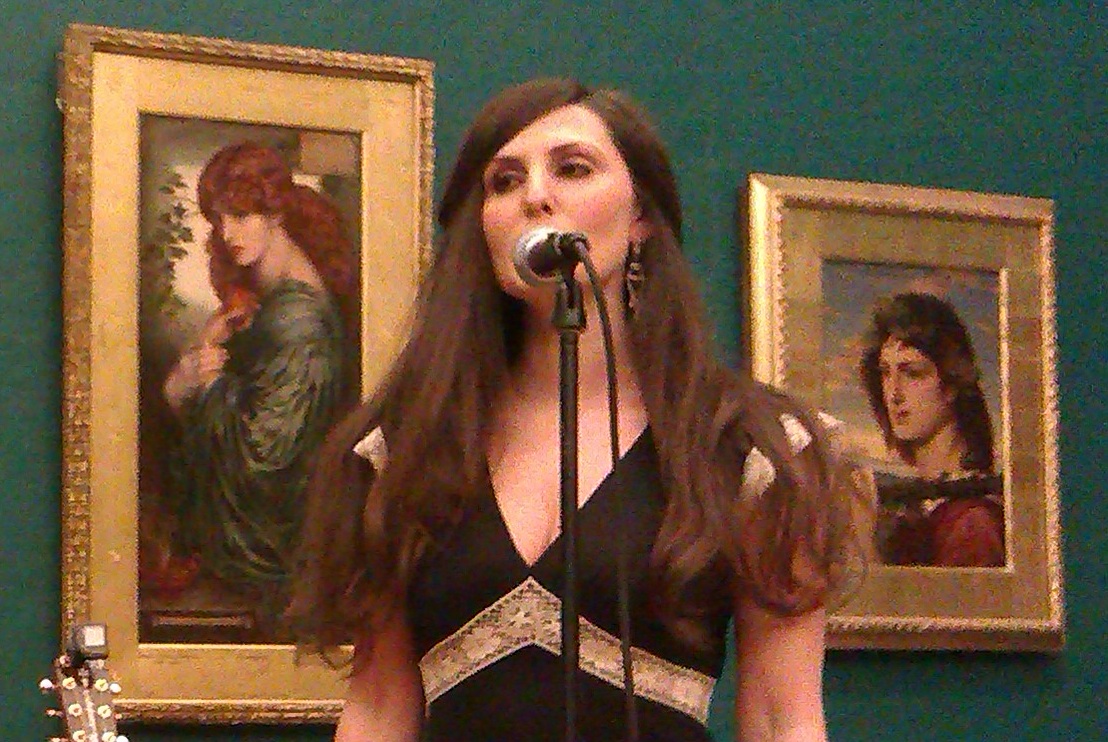 Saints, songs and a sheep rescue
Scroll to top