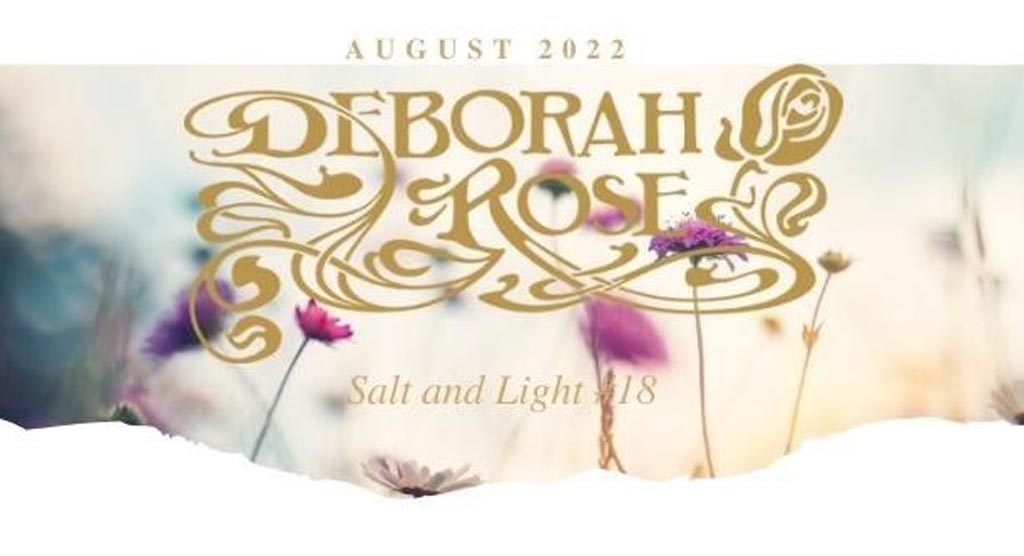 A BEAUTIFUL NIGHT AT RASCALS!

Thank you to everyone who supported the opening night of RASCALS! at The Mascall Centre, in Ludlow last Friday – the first of a series of music and comedy nights I’m hosting each month with Athena Greek Taverna. We had a full house for ‘Lady Sings the Blues’ with the James Hunt Quartet. All exceptional musicians in their own right; James played sax, clarinet, and flute, Geoff Ockenfold played the double bass, Tony the drums and Pete Beresford keyboard and Hammond organ. I enjoyed singing “Don’t Explain” and “God Bless the Child,” written by Billie Holiday, along with “Weary Blues” by Hank Williams, and Leonard Cohen’s “Dance me to the end of love” – inspired by his love of Greece, and time spent in Hydra, where he was influenced by the rhythm of the Hasapiko native folk dance. I finished the first set with Chitty Chitty Bang Bang’s “Hushabye Mountain”, with James on flute, and after the interval, sang jazz favourites like “Lullaby of Birdland,” mixed in with Dorothy Moore’s “Misty Blue” and “This Masquerade.” The band played songs such as “Georgia” by Ray Charles,  and Latin Jazz and Bossa Nova instrumentals to rapturous applause. We made the room into a jazz souk with incense and Indonesian tapestries – and as it was for one night only, it kind of felt like a pop-up concert. Thanks to my Dad for his collection of blues paintings to hang on the walls, especially portraits of John Lee Hooker and Charlie Bird Parker, which were painted by the late Craig Letourneau, an artist who was from America, and had a gallery in Worcester. Craig was a friend of mine, he had polio, and his portraits were painted with his feet! I had the pleasure of taking Craig to meet Emmylou Harris in Manchester in 2009 where he took a painting of Emmylou’s muse, Gram Parsons, to the stage door. She asked to meet him after the show, as she was so moved by his work. She signed her name on his arm, and he got it tattooed the next day!

Here are some photos of the ‘Lady Sings the Blues’ night, with people enjoying Greek food and drink in the restaurant before the show, courtesy of chef, Dave Clark. It was lovely to be among friends, and for local resident comedian and pianist, Alistair McGowan, to be in the audience who described the evening as inspirational, and a musical feast. A special thank you to Linda Clark, owner of Promesse, for sponsoring my dress, and the bijou stage! 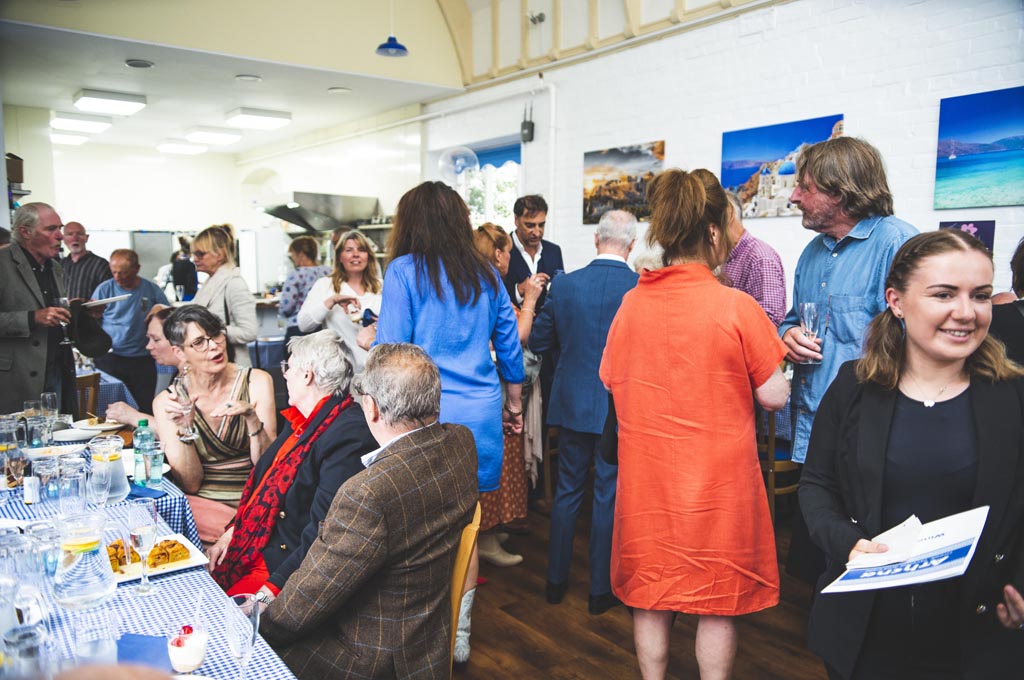 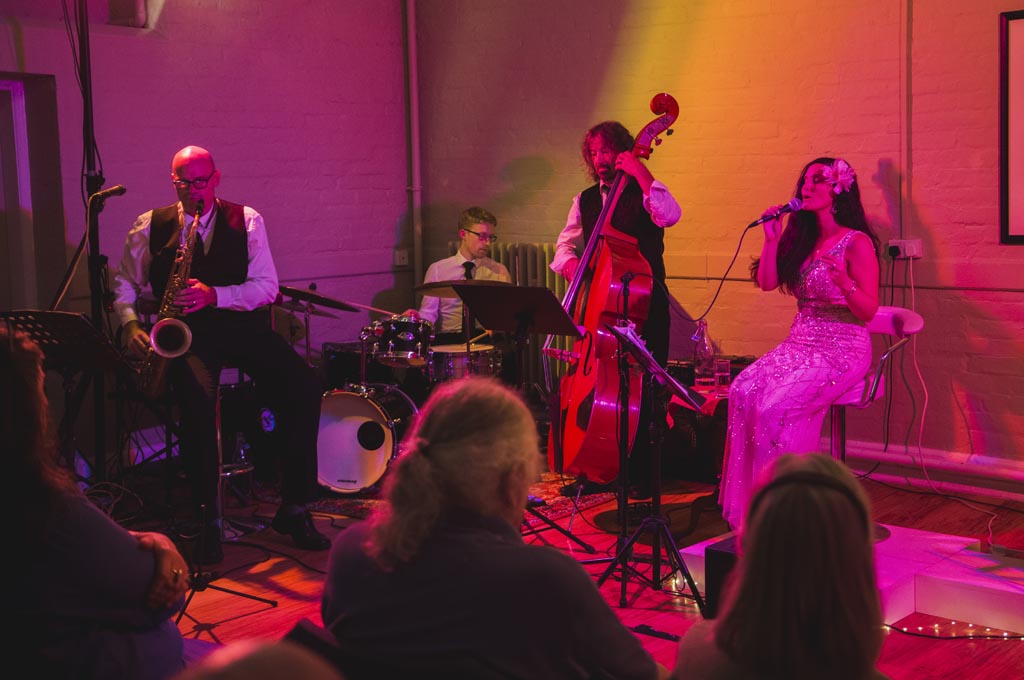 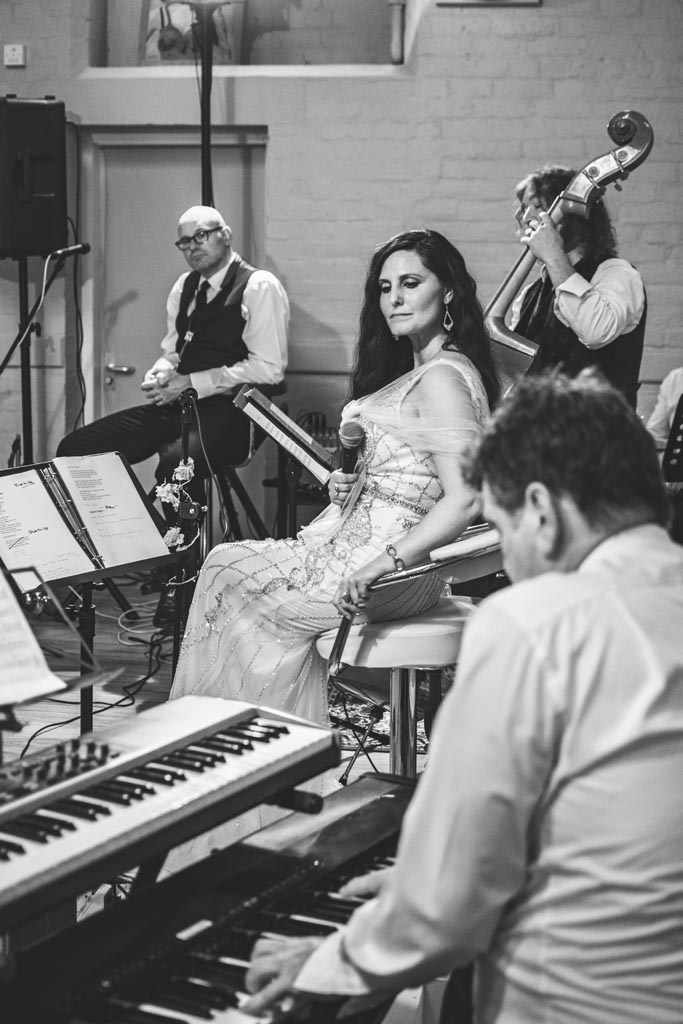 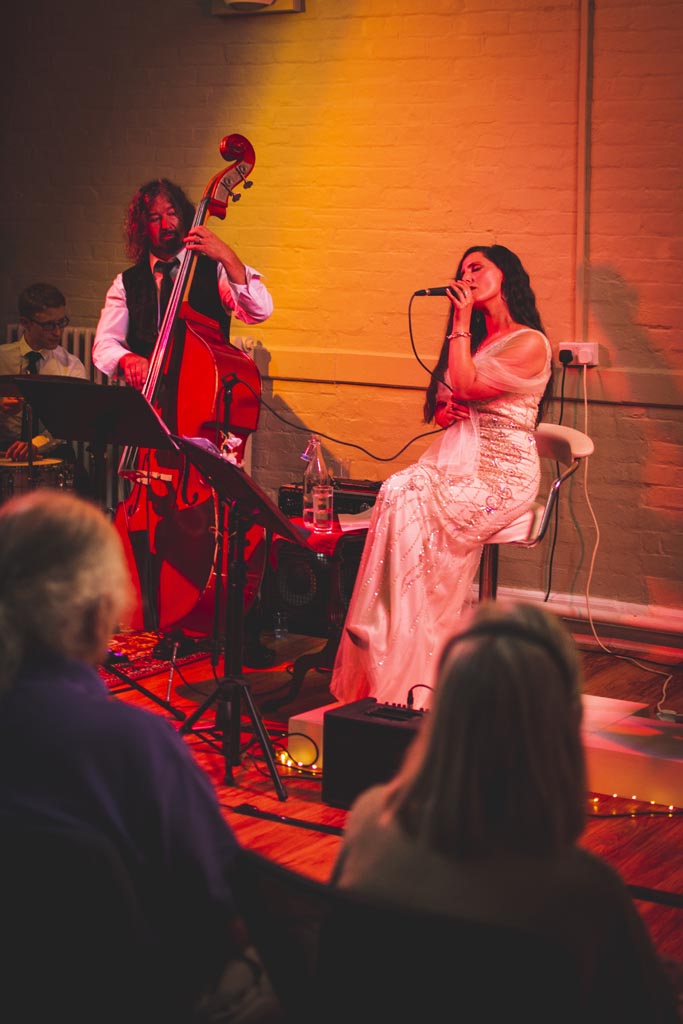 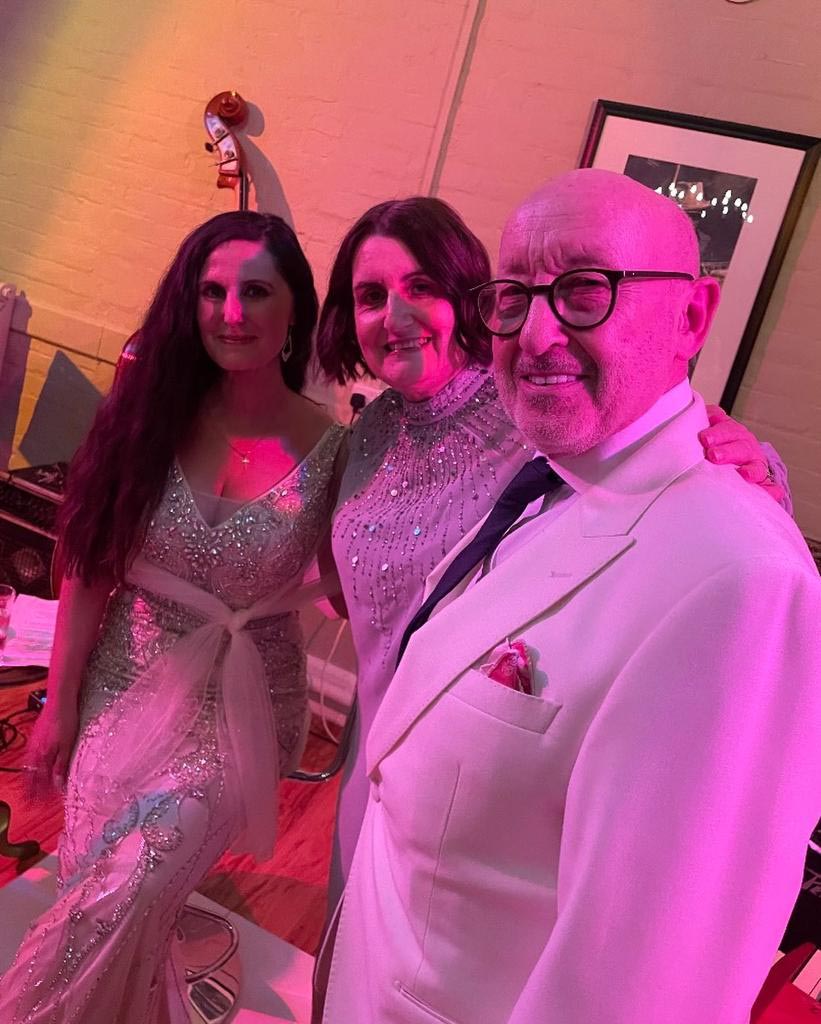 I’ll be performing a concert on the Isle of Wight on Saturday 3rd September at the beautiful thatched 18th century church, St Agnes in West Wight. My close friend, poet, and harp therapist Clare Roslington will be opening the evening playing original compositions on harp. Thanks to Vic King of Vaguely Sunny Agency for organising this concert. Tickets for the concert are £12 each and can be booked in advance with link below or by phoning 01983-730930. 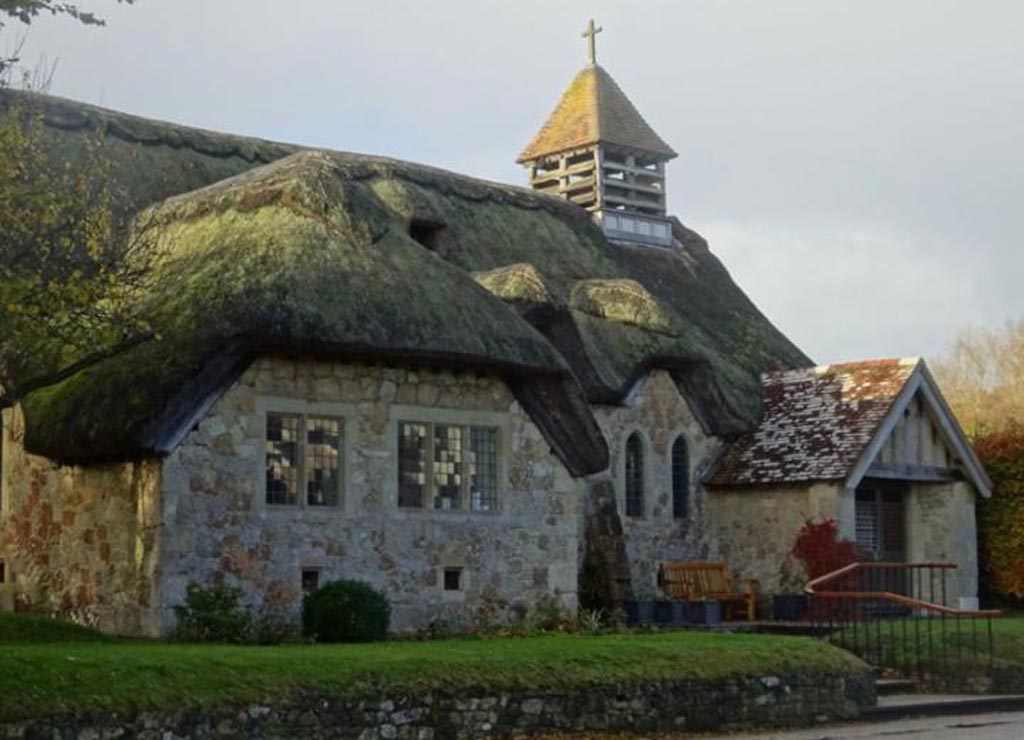 The next concert at RASCALS! at The Mascall Centre is now confirmed for Friday August 19th! Kadialy Kayoute, kora player from Senegal is bringing his band from London, playing and singing songs from the West African Griot Repertoire. I’ve performed with Kadialy over the years, and I’m looking forward to hearing his music and collaborating again. Born into the great line of Kayoute Griot in Southern Senegal he is one of the finest kora players in the world, described by Time Out Magazine as “Hauntingly Beautiful.” Guests can arrive at Athena Greek Taverna at 6.30pm for authentic Greek Mezze, and hot traditional African food with drinks. The concert will take place in the Victorian room next door at 7.30pm. Please call 01584 875023 or 07739319371 for tickets. If you are local to Ludlow, I’ll personally deliver them to your door!

It was an honour to win a prize at Ludlow Methodist Church a few weeks ago, for a new song I wrote, inspired by Psalm 149 “Sing a new song to the Lord.” I was one of eight people taking part in ‘Totally Psalmic,’ a competition to recreate and bring Psalms to life with music or spoken word. I was inspired by this Psalm when an inmate I was working with at Featherstone prison in Wolverhampton recommended I read it in a songwriting workshop I was leading. He believed it would help me write a new song, and it did! I finished writing the song with my guitar on the day of the competition, and decided on the evening of the performance to sing it without accompaniment due to the lovely acoustics of the church. St Laurences’ Choir also won £100 for their presentation of Charles Villiers’ Stanford Anthem ‘Beati Quorum Via’ based on a passage from Psalm 119. A black country poet, and a musician from Birmingham also won a cash prize, judged by Ludlow’s ex former Mayor. I found it interesting to learn from my next door neighbour who heard me at home practising for the event that a ‘Psalter’ is a copy of the Biblical Psalms – and in Greece it is a stringed instrument, similar to the dulcimer! 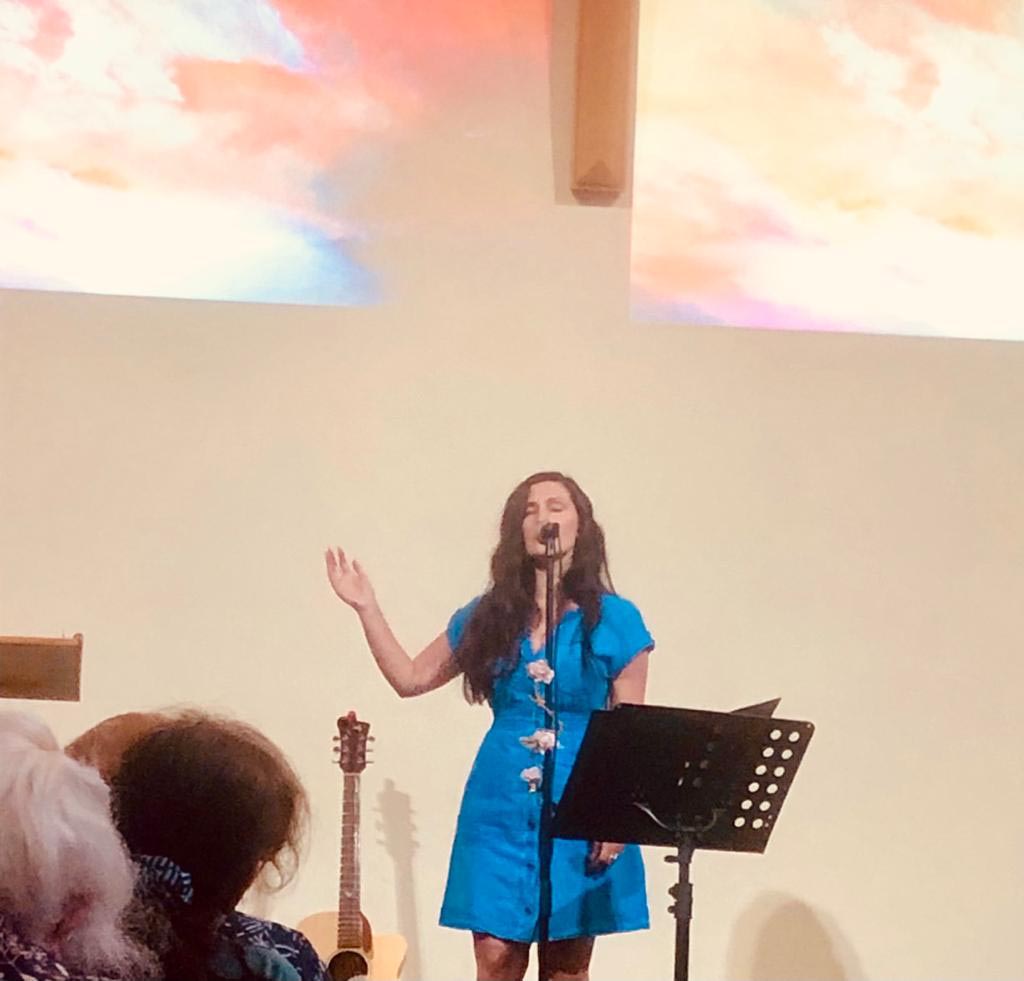 Here are the lyrics I wrote, inspired by the Psalm:

Sing a New Song to the Lord

Give me a song to sing
Hallelujah, the bells will ring
There will be dancing
For our King, For our King

Sing a new song to the Lord
A hymn where children rejoice
Where the meek and humble will reign
In his name, in his name

Sing a new song to the Lord

MARY QUEEN OF SCOTS AND PSALMS! 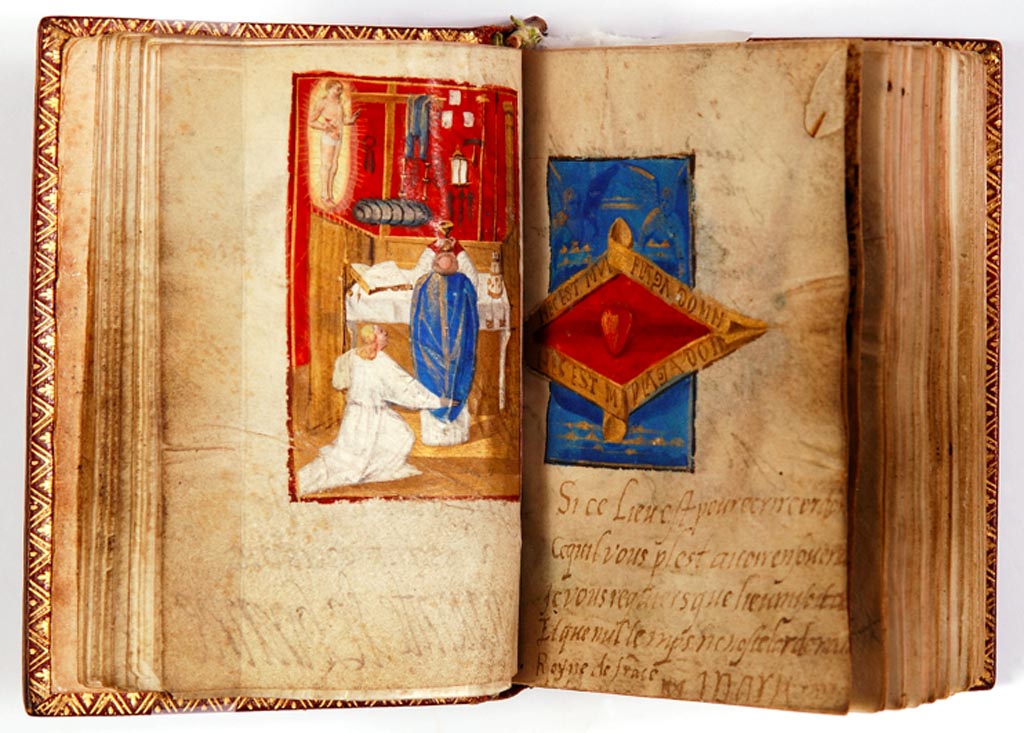 I’m busy preparing for the Mary Queen of Scots Songwriting Retreat the first week of August, which I will be holding at Ludlow Mascall Centre in conjunction with Birmingham University. We will be combining history, music and sound therapy to create a supportive environment for five participants to create songs and poems based on their responses to the poetry of Mary Queen of Scots. Mary Queen of Scots found comfort in the Psalms during her imprisonment. She owned numerous Books of Hours, many of which still survive, and she took one with her to the scaffold when she was executed at Fotheringhay in 1587. Mary kept her Books of Hours with her throughout her life, and she wrote into the margins or blank spaces of their pages numerous short poems in which she recorded family relationships or used the Psalmist’s voice to reflect on her faith and changing identity. I’m excited to see what is created in these workshops. There is always an element of alchemy and the results can often be astounding. Emily Wingfield, Senior Lecturer in English Literature at the University of Birmingham will be running the course with me as part of her PHD. It is a pilot study we intend to take into women’s prisons to promote creativity, empowerment and rehabilitation. Here is her blog about prayer books owned by and associated with Mary Queen of Scots. 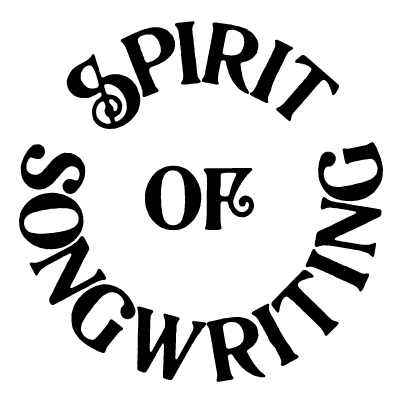 NEVER BE THE SUN by Dolores Keane
I was introduced to this beautiful song by a neighbour at my friend Jean’s birthday party. “Never be the Sun” written by Donagh Long and sung by Irish singer Dolores Keane. Her voice has shades of June Tabor and Sandy Denny, and the lyrics have a beautiful simplicity. It features the distinct backing vocals of Emmylou Harris. The violin reminded me of my friend Rickie Simpkins, who I met with Emmylou Harris that same evening we took the painting of Gram Parsons to her concert. Rickie is one of Emmylou’s touring musicians otherwise known as one of the ‘Red Dirt Boys’ who, after I met him at this concert, a few years later accompanied me on violin and mandolin at a festival in America. I’m unsure of the violin player on this record, but the haunting celtic sound is very similar to Rickie’s playing. The late singer Nanci Griffiths said of Dolores “She is the Queen of the soul of Ireland. She has a sacred voice.” I’m so glad to have been introduced to this fine singer, and have enjoyed exploring her other material, especially her duet with the late songwriter John Prine. 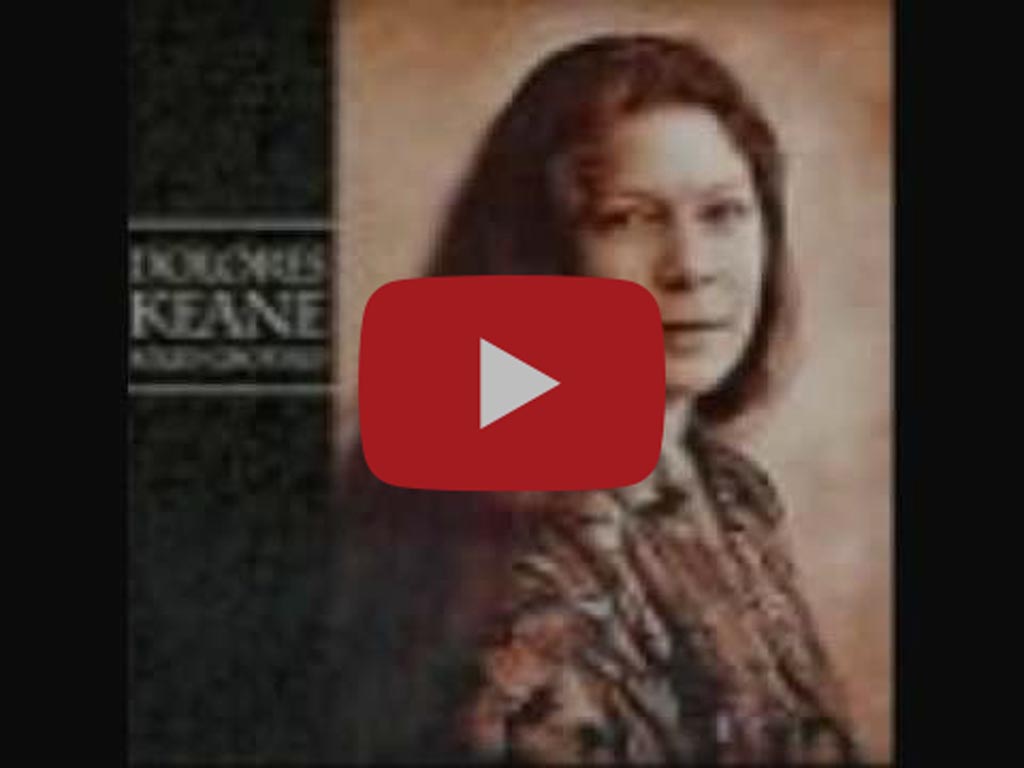 I haven’t had time to read this month, so my good friend Christina Nichols, who is a writer and musician, has written a guest review of a book I can’t wait to read!

WALKING ON WATER by Madeline L’Engle

As a child I read Madeline L’Engle’s A Wrinkle in Time and it is the first time I remember loving a book. Since then I have read many books by the late Madeline – novels, non-fiction, piercing journals such as her Crosswicks series that explore the themes of a life: grief, motherhood, great love. In my early twenties I read Walking on Water at the recommendation of a seasoned artist and painter, myself just beginning to explore a creative life. Now I read it as a more formed adult and artist. It is a book that explores the relationship between art and faith-Creator to creator. She addresses the secular versus the sacred and the calling, discipline and divinity in artistry. As always, her turn of phrase and curiosity for the cosmic and the supernatural, permeates her writing. Her nuanced approach to faith beckons me to believe…and to create.

“We write, we make music, we draw pictures because we are listening for meaning, feeling for healing. And during the writing of the story or the painting or the composing or singing or playing, we are returned to that open creativity which was ours when we were children. We cannot be mature artists if we have lost the ability to believe which we had as children. An artist at work is in a condition of complete and total faith.” 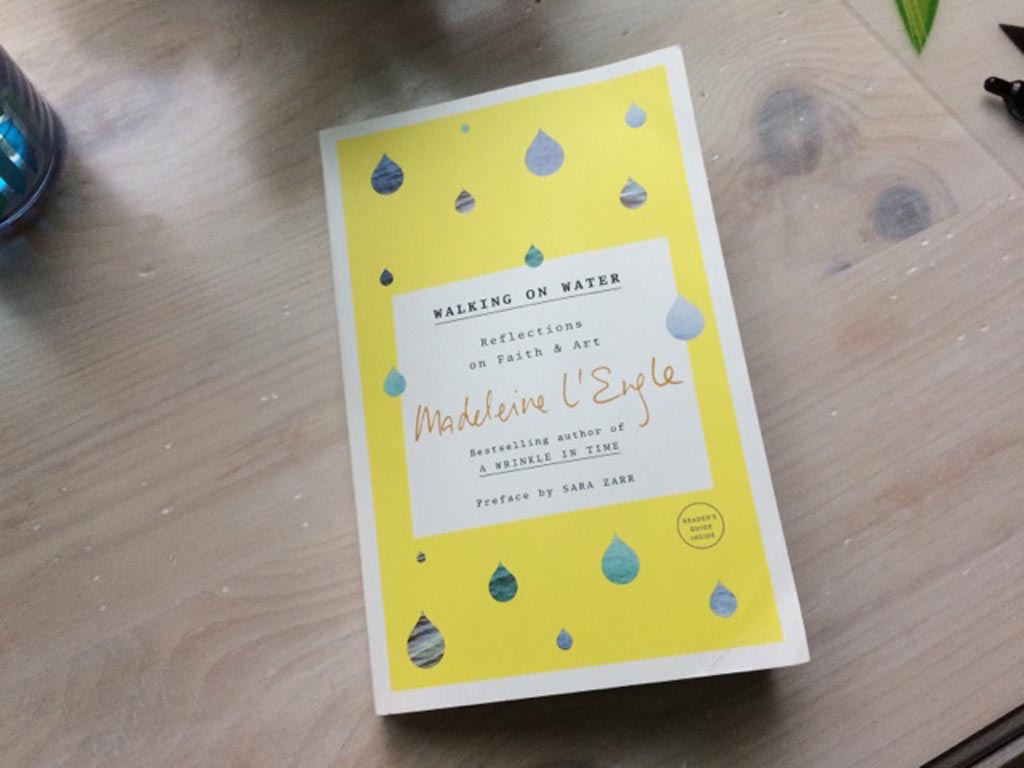 Thanks for keeping in touch and supporting my work.

Hope to see you in August!