At the end of this week we said goodbye to Alan James, a dear friend and valued member of our music community. A sudden and unexpected loss of a young man, who devoted his life to discovering new music, that didn’t fit into the mainstream box.

I first met Alan in 2013, introduced to him by accordion player Karen Tweed when I needed help with a record label offering me a contract that refused me the right to have my own legal representation. Karen said, “You need to meet Alan, there’s nothing this man doesn’t know about music.” True enough this was a man who had vast experience and expertise. With a degree in politics, he was also a DJ, MC, a pioneer of the punk revolution, and an ambassador of Welsh music. During his career he worked with Joy Division, Imagined Village, Martin Carthy, Shirley Collins, Peter Gabriel, Nine Bach and Spiro, to name but a few. With a pivotal role within the Arts Council, Alan was also chairman of Cecil Sharp House, annual compere of Womad, and saviour of the Big Chill Festival.

Our first meeting in the Georgian town of Bewdley, where he lived, revealed an almost uncanny connection with the record label in question, and from then on Alan’s support for me as an artist was steadfast. He booked me for Moseley Folk Festival, helped with funding applications, and most importantly was a loyal and reliable friend.

At the time of meeting him he was also supporting Mari and Hetty Randle, and Scott in their ‘Vault of Eagles’ rock venture. He wanted Mari and I to meet, with an astute knowing that our shared love of pre-raphaelite poets and painters would be the foundation of a close friendship and musical collaboration. He was of course right, as we went on to write and record an album together and tour Australia and New Zealand.

One of the most special moments with Alan was meeting folk singer Shirley Collins, at Cecil Sharp House, in London on St David’s Day a few years ago. This was a beautiful evening out with Alan’s partner Katherine, his soul mate and driving force. Alan’s friendship with Shirley Collins meant the world to him, and one of the last conversations we had was how honoured he was to have been mentioned in Shirley’s book ‘All in the downs’, and listed in the index! I had in fact this book at home, I had been sent it as a gift for my birthday last year, and sure enough there was Alan in the index, page 235!

Alan’s record and book collection was impressive and his knowledge reached much further than music. When I first moved to Ludlow I saw Terry Waite speak at the Assembly Rooms, I had a meeting with Alan the next day, only to find out he had been in college with John McCarthy, the longest held hostage in Lebanon, who Terry Waite was in captivity with. Alan had been there at the RAF base when John was released in 1991 after his five year imprisonment! I said to Alan he should write a book and he hinted that he was. The conversation about Terry Waite led to Alan listening to the music I had recorded in prisons, and he offered to be a trustee of my project, ‘The Spirit of Songwriting’. He recognised the real quality of the songs, likening them to the field recordings of Alan Lomax, and gave me information on the work of Billy Bragg’s charity that supplies prisons with guitars. Alan was one of those rare souls who had compassion for those in the margins.

My funniest memory of Alan was randomly meeting him and welsh band Nine Bach in a kebab house in Camden late one Saturday evening on the hunt for chips. Mari and I had just sang in Cadogan Hall, in Chelsea opening for Jimmy Webb, and they had been performing at the Roundhouse. In true welsh style the love of chips brought us all together, oddly enough, in the same chippy in the capital city!

Alan’s management company was called ‘Hold Tight’ which always resonated with me as an independent artist. In a precarious career, that has no certainty, I often felt Alan was holding tight, waiting for the next job to reveal itself. The last time I saw Alan a few months ago he visited me in Ludlow for lunch. He wore a plain black coat with a luminous pink lining, as bright as the colour of these lily flowers. It made quite a statement in this small medieval town. It summed him up; a quiet, unassuming man, bursting at the seams with flamboyance and creative flair looking for the next artistic clue.

The visit to Ludlow brought back memories for Alan drinking tea in the famous DeGrays’ cafe with his mother and father when he was a child. The café is now called ‘Wildwood’ , funnily enough the name of the last collaboration album I released, which Alan was compere for, at the launch, at The Artrix theatre in Bromsgrove in 2015, with Maris’ family band from Bewdley, ‘The O’Farrell Frolicks’ and Ludlow based Americana trio, ‘Grey Wolf’. Alan had a gentle spirit, with a love of birdsong, poetry and old buildings, he reminded me of a modern day John Ruskin, supporter of the arts, and founder of the National Trust.

I was in Greece when I heard the news of Alan being taken into hospital after a severe stroke. I was preparing to sing at a venue, which was next to a small church in a cave, where Joni Mitchell wrote her legendary album ‘Blue’. I lit a candle and prayed for a miracle. Sadly Alan didn’t pull through, and left this earth on Sunday 7 April 2019. Miracles are often known to occur naturally as expressions of love, and as we all gathered together to say farewell, at the exquisitely beautiful humanist ceremony, arranged by his life partner Katherine, many were unfolding in his wake. 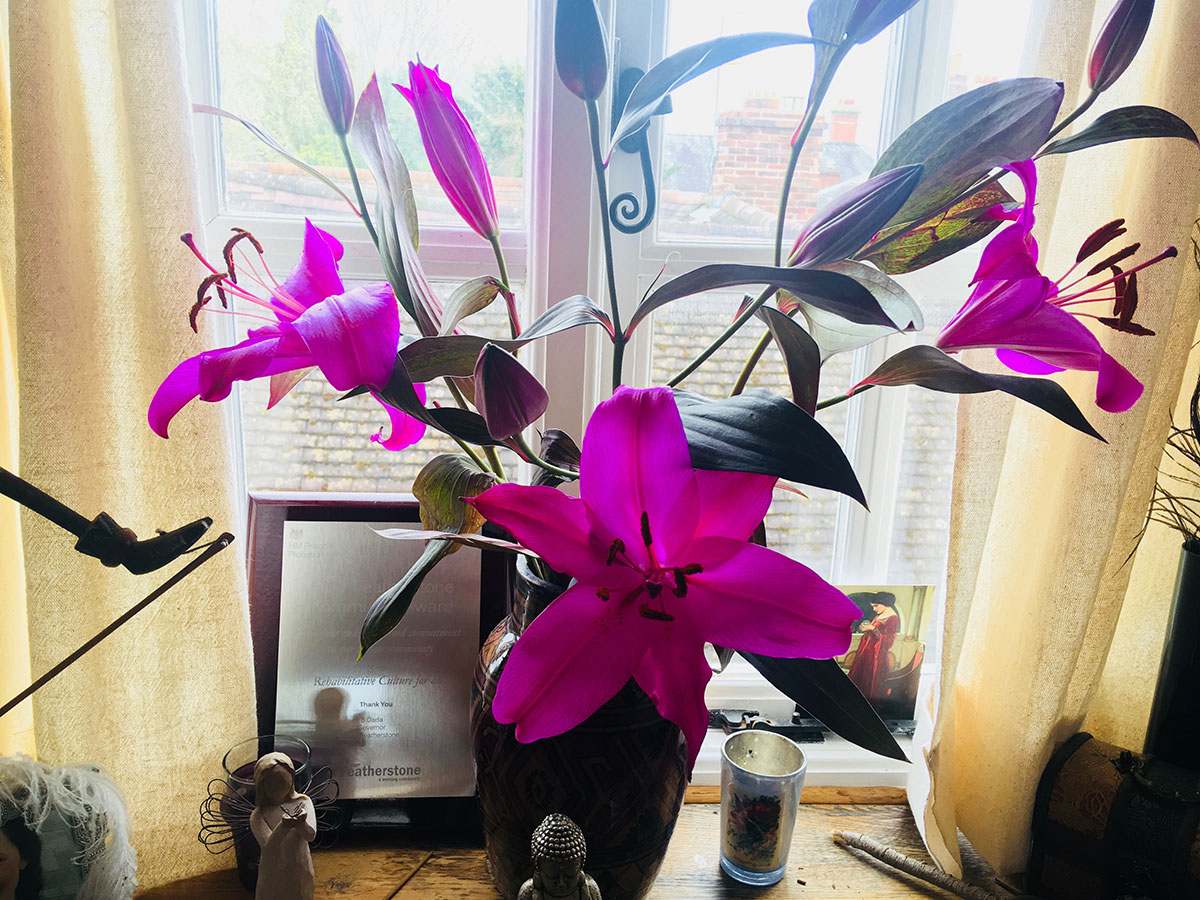 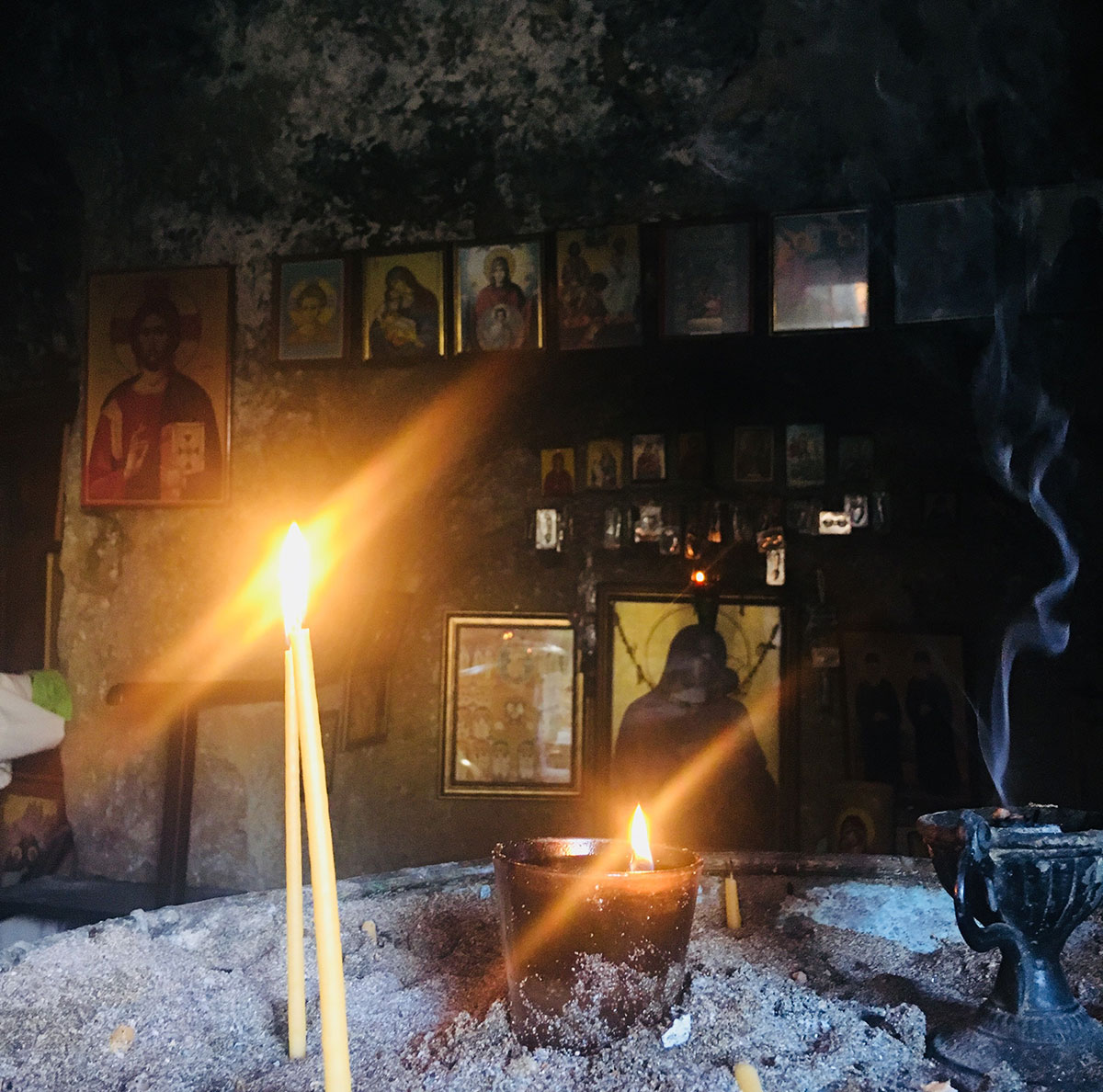 ‘Wrestling with Angels’ – Out Now