Piglet was a very small animal. For this reason he was able to squeeze out of tight situations. Once when Owl’s house fell down, though there was a heavy branch across the door and the only way out was through the letterbox, Piglet could escape. Being small was his advantage. Like Piglet, I recently had a situation where my size worked in my favour. I was chosen for an exciting job, due to my small stature – unlike when I was at school and was never picked for any sporting teams and my nickname was titch! 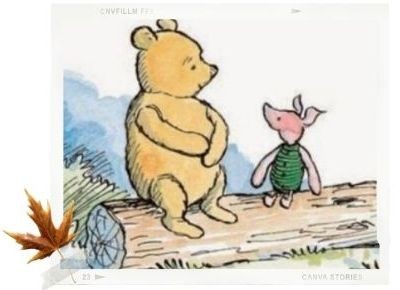 While I can’t share details of the work itself, as it’s top-secret (!), in between working I was lucky to have some free time in Windsor and London to explore! I visited the beautiful National Trust Gardens at Cliveden House in Maidenhead and saw a live performance of Shakespeare’s Hamlet starring Ian McKellen at Theatre Royal, Windsor. At the weekend I enjoyed time in Kensington, Notting Hill, and at a philosophy and arts festival in Hampstead Heath. 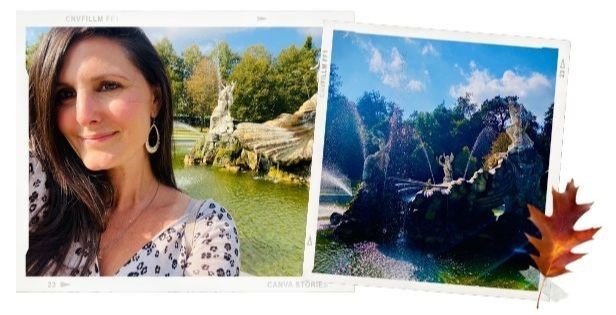 Walking down Portobello Road I saw people of all shapes and sizes, nationalities, faiths, ages, and genders – a feast for the senses.  A homeless woman was busking Patti Smith songs by an antique market stall. A 6ft model on rollerskates and her photographer stopped the traffic; first a bike, then a black cab, and then a red double-decker bus. A Jamaican man in a blue and yellow checked suit sang ‘How Great Thou Art’ through the street, while young kids queued for miles for a tattoo, free with a poke bowl. Two girls, bald and in love, giggled and took selfies as they drank bubble tea and ate sushi. The freedom and joy in the rich diversity of London city life was palpable – a place where uniqueness is celebrated and embraced. 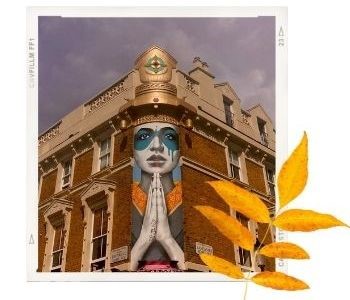 On my return from London I visited my parents, and my Dad played me a song by Peter, Paul and Mary, which essentially is an anti-bullying song; a song about differences, and embracing them – small, tall, thin or round, rich or poor, deaf or blind, Christian or Jew, “In God’s eyes we’re all the same … someday we’ll all have perfect wings.” Like Piglet the very small animal, and his round friend Pooh we can learn that our differences and limitations can sometimes be our strengths. 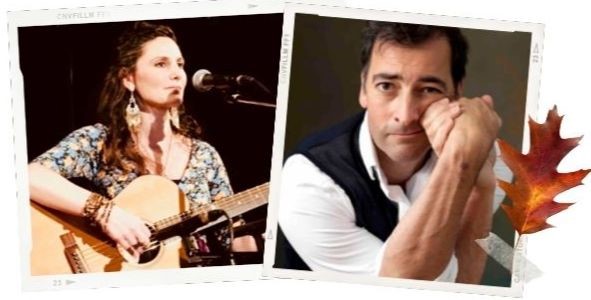 We’re really excited to be performing in the magnificent ballroom of Walcot Hall on Saturday November 13th! The evening starts at 6.30pm for a drinks and canapé reception. It’s a perfect end of the year treat in the lead up to Christmas, and a chance to dress up and dig out those evening gowns and dinner jackets!  Plans are fully underway with rehearsals and concert preparation. We were recently featured in the Powys County Times and the Shropshire Star. I’ll be chatting on BBC Shropshire on October 6th at midday, and Alistair will be on the Ryan Kennedy afternoon show the week after next! Hope to see you this Autumn for a magical night of piano, comedy and song!

MUSICAL WEDDING OF THE YEAR! 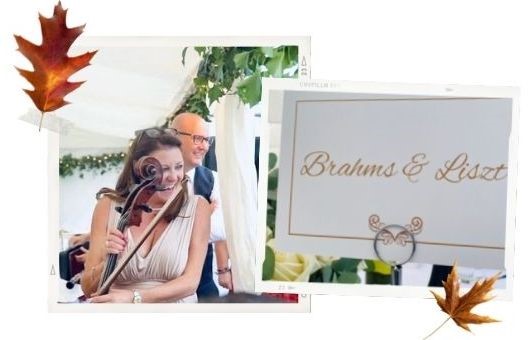 I had the great honour of singing at the wedding of Helen Fitzgerald and her husband Steve in Solihull last month. Accompanied by Martin Riley on piano, I sang, “A Thousand Years” and “Songbird” at the ceremony, and throughout the weekend at a marquee in their beautiful garden. Each table was named after a classical composer, and almost every musical instrument you could think of was played at the wedding! As Helen is a tour manager and manages orchestras for many of the world’s leading artists and concert venues, the wedding, which continued for two days, was like a mini festival, with non-stop live music of the highest quality. From oboes to clarinets, saxophones to bagpipes, a string quartet and at one point a full orchestra, it was the best gig and party ever! Congratulations Helen and Steve. 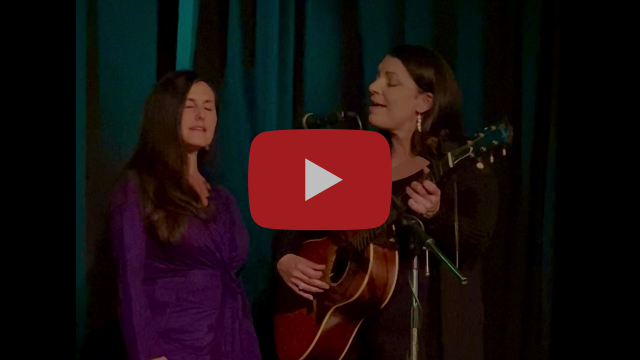 A few months ago I was in Tesco’s supermarket when the check-out lady asked me what I did for a living. I told her I was a singer-songwriter and she said she loved folk music, and her favourite singer was Edwina Hayes. I had been listening to Edwina earlier that day on Spotify singing her version of the Randy Newman song “Feels like Home,” which I sang at my first concert back in July. Edwina recorded it in 2008, and it was used as a soundtrack for the movie ‘My Sister’s Keeper’ starring Cameron Diaz. Edwina and I played Fairport Convention’s Cropredy Festival the same year in 2014, and had planned to do a duet but ran out of time. Just as I arrived home from London last week, I was unloading my car, and the same lady from the checkout walked past, and asked me if I knew Edwina was coming to Brimfield Folk Club on Saturday night, five minutes drive from where I live. I emailed Edwina and she kindly put me on the guest list, and we did an impromptu duet of “Feels Like Home” and John Denver’s “Take Me Home, Country Roads,” with a quick run through in her dressing room beforehand! It was an honour to sing with her, she’s a very warm person, and well loved by her audiences. Watching Edwina’s whole set was captivating. She sang her own songs, one of which, “Pour me a drink” was covered by the late Nanci Griffith, who sadly passed away in August this year. She took requests from the audience and performed covers by Leonard Cohen, Richard Thompson, Bob Dylan and John Prine. Her voice is distinct and beautiful, and her commentary between songs is very funny! It was a lovely and unexpected homecoming to sing songs with her about coming home! Thank you to Gaynor, the lady I met at Tesco’s for making this happen! 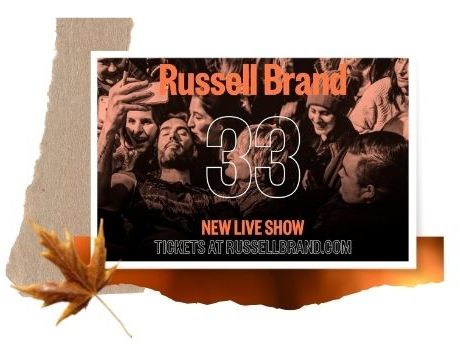 I saw Russell Brands’ Live Show in Swindon, performing stand-up on the strangeness of the last 18 months. He talks about revolutionary politics, community and spiritual awakening. Interested in change and freedom of choice, he is not only humorous but frighteningly articulate, intelligent (take a dictionary!), and thought provoking. This latest Youtube video gives you a flavor of his investigative journalism and how he challenges government control and the mass media. Many of his political arguments centre around campaigning for more peace, kindness and compassion in the world.

Ian McKellen starred as the mad prince in this new production of Shakespeare’s Hamlet, 50 years after he first played the part. Now 82, the Lord of the Rings actor said, “I have played Gandalf who was over 7,000 years old and no one said I was too young!’ Ophelia was played by Alis Wyn Davies, portrayed as an empowered redhead who sings and plays the guitar. The love story seemed unconvincing but McKellen’s performance was intense and compelling. The onstage seating made the performance even more dramatic and it felt a privilege to witness the powerful nuances of McKellen’s artistry close up. 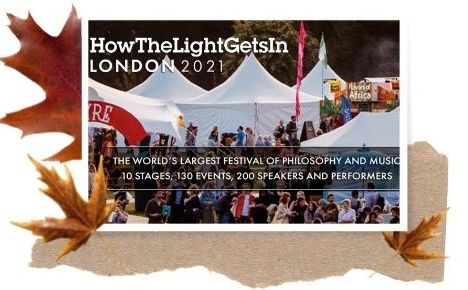 At Kenwood House, Hampstead Heath, this festival had a huge line up of world-leading thinkers, philosophers, authors, comedians and musicians. Highlights were comedians Chloe Petts, Esther Manito and Sean McCloughlin. I performed at this festival in Hay on Wye in 2017, and this year I enjoyed the music of Nina in the Magic Lantern tent. I attended an interesting debate called ‘The African Dream’ with the former leader of the Liberal Democrats discussing what can be done to invest in businesses in Uganda, and Ethiopia to help third world countries become self-sustainable. As the festival ended, a beautiful bright rainbow appeared – a whole spectrum of colourful light across the heath. 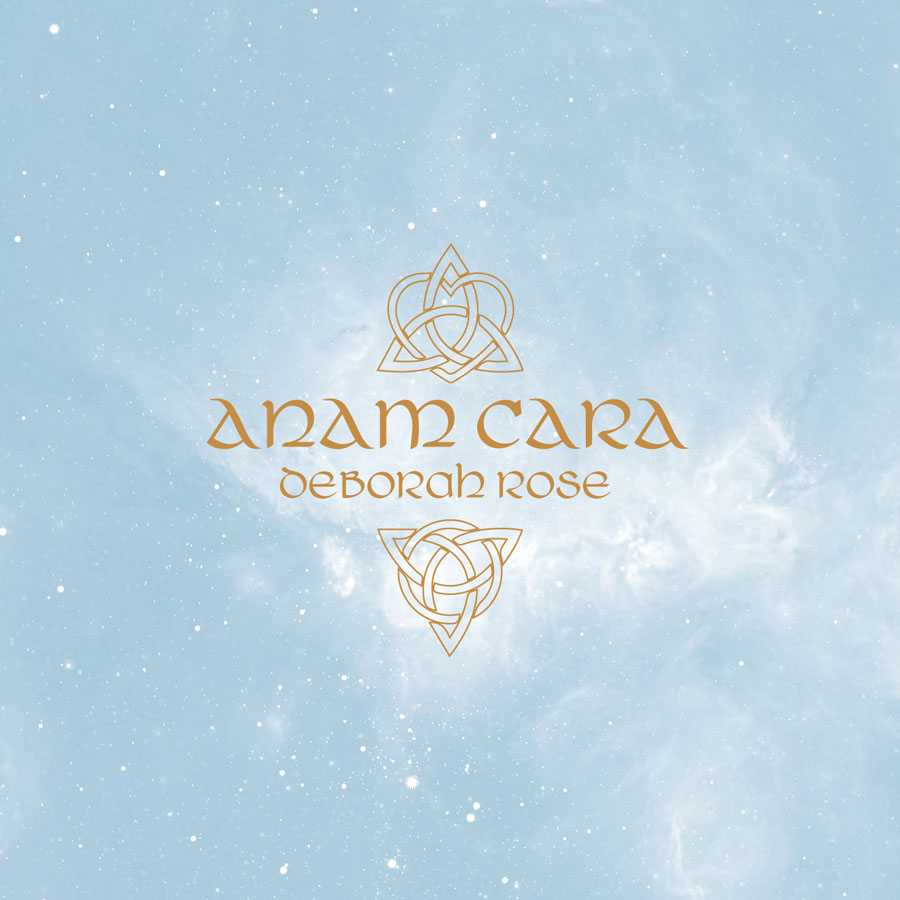 The Anam Cara Vinyl is a perfect Christmas gift!

A SIDE – ANAM CARA

B SIDE – RINGS OF SATURN

BUY NOW
CHECK OUT MY SHOP

Wishing you a beautiful Autumn!